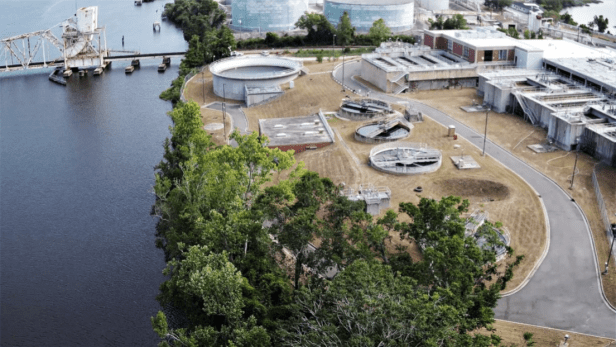 “The amount of ‘forever chemicals’ making their way into the drinking water source of thousands of Wilmington-area residents remains steady despite the fact that Chemours has stopped directly discharging its wastewater into the Cape Fear River.

When converted into pounds per day, per- and polyfluoroalkyl substances, or PFAS, including GenX, are as prevalent in the water coming from the lower Cape Fear River since the state and Chemours Co.’s Fayetteville Works entered into a consent order more than a year and a half ago, said Carel Vandermeyden, deputy executive director of Cape Fear Public Utility Authority’s treatment/engineering services.

Authority officials and researchers say the primary source of PFAS entering the river comes from contaminated groundwater at the Fayetteville plant, sediment between the intake and the facility, and air emissions.

Vandermeyden was among several presenters to speak in a webinar hosted last week by the North Carolina Coastal Federation. The session, which lasted 2.5 hours, provided updates on ongoing studies of the presence of the chemicals in drinking water sources throughout the state and the effects of these chemicals on humans.

Jason Surratt, program director for the collaboration of researchers from universities across the state known as the PFAS Testing Network, or PFAST, said the network’s final report is scheduled to be submitted to the state in April 2021.

PFAST is analyzing water samples from each drinking water source in the state, determining the risks of PFAS to private water wells, studying which filtration methods best remove PFAS from drinking water, determining how PFAS travels through air emissions, and gaining a better understanding of how these chemicals impact human health and the environment.

The network has been providing quarterly reports of its findings to the North Carolina Department of Environmental Quality, or DEQ, since Oct. 1, 2018.

Under the terms of the February 2019 consent order between DEQ and Chemours, the company must greatly reduce the amount of PFAS it discharges into the river and atmosphere…”