Some industrial sites in Indiana may be discharging toxic ‘forever chemicals,’ report says 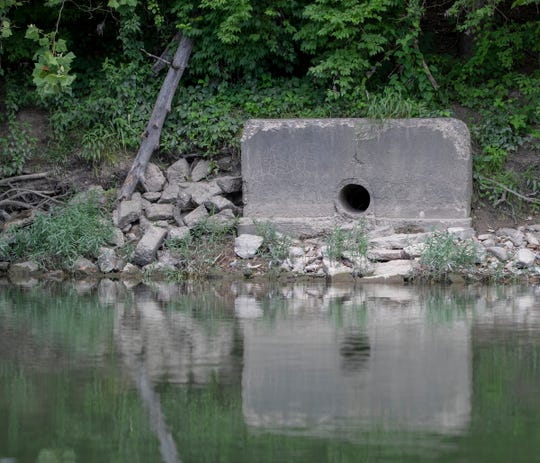 “About one-hundred industrial facilities in Indiana could be discharging toxic ‘forever chemicals’ also known as PFAS substances, according to a new report.

Indianapolis alone contains 14 of these sites, with another six in the East Chicago area and five in Fort Wayne. The other sites are spread out throughout the state, in both rural areas and cities.

As PFAS chemicals are an emerging contaminant, not much yet is known about the toxins, which are commonly used in products ranging from food packaging to paper to stain-resistant fabrics.

‘Forever chemicals’ were found in Indy’s tap water. Why that matters.

The chemicals are known to build up for years in the environment and have been associated with a range of health problems, including complications to the immune system and hormonal issues.

Hundreds of PFAS compounds are still used in manufacturing processes, meaning industrial sites could be discharging them through the water, air or waste. But as reporting for these compounds isn’t currently required under federal law, it’s hard to say exactly where — or how much — these toxins are being released.

PFAS chemicals spread easily, said Scott Faber, senior vice president for government affairs at the working group, meaning people living near these industrial sites aren’t the only ones affected by their discharges.

‘One of the features of PFAS chemicals is that they are incredibly mobile. It’s one of the reasons why we find PFAS not just in the blood of every American, but in the blood of polar bears and penguins,’ Faber said. ‘We need to end releases, or at least begin to restrict releases, of PFAS into the air and water.’

The thousands of PFAS compounds, or per- and polyfluoroalkyl substances, take years to break down and build up both in the environment and the body — which is what earns them the nickname ‘forever chemicals.’

Even so, there are no current caps on PFAS discharge under the Clean Air Act or the Clean Water Act, Faber said.

The Environmental Protection Agency recently added 172 PFAS chemicals to the Toxic Release Inventory, a list of chemicals that companies are required to report when they discharge them. But this reporting requirement won’t take effect until July 2021, and it leaves out hundreds of other PFAS chemicals also used in manufacturing, Faber said.

Almost all of the 2,500 industrial sites identified in the Environmental Working Group’s report are already reporting other chemical discharges required by the Toxic Release Inventory, Faber said, meaning adding PFAS compounds to the list would likely be a relatively simple change for the companies.

‘I think that we’re hopeful that this administration or the next administration will simply require all of the PFAS that are actively being used to be reported,’ Faber said. ‘Ideally, Congress or EPA would simply require this reporting. But until that happens, this is the best we’re going to have’…”