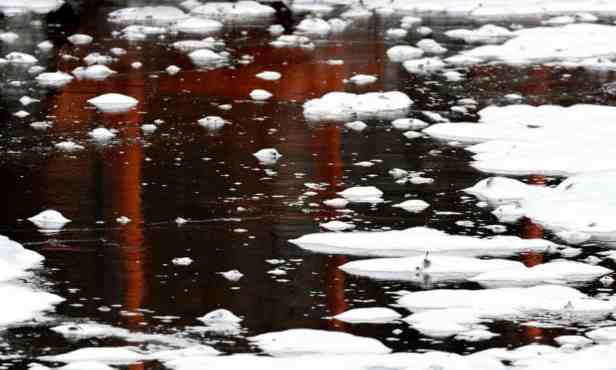 As state and local leaders search for a solution, residents now use bottled water for drinking, cooking and brushing their teeth. Yet the situation represents more than an enormous inconvenience. Some strongly suspect that the seemingly high rate of cancer, Crohn’s disease and other serious ailments that have plagued the island’s residents stem from the dangerous chemicals.

Campbell isn’t alone. Across the US similar stories of water contaminated with PFAS are emerging.

PFAS, or per- and polyfluoroalkyl substances, are a class of chemicals used across dozens of industries to make products water, stain and heat resistant. They’re called ‘forever chemicals’ because they don’t naturally break down, and they persist in the environment and accumulate in humans’ and animals’ bodies. The compounds are linked to cancer, decreased immunity, thyroid problems, birth defects, kidney disease, liver problems and a range of other serious diseases.

Between July and October, officials in nearby Eau Claire in Wisconsin shut down half its 16 municipal wells over PFAS contamination, and across the state PFAS have poisoned drinking water supplies, surface water in lakes and streams, air, soil and wildlife like deer and fish that are eaten by the state’s residents.

As municipalities and residents wrestle with the water crisis, the state’s Republican-controlled legislature has killed legislation and blocked funding meant to address the problem, which is likely much larger than currently known: only about 2% of the state’s utilities have tested for the chemicals, and those that have check for no more than 30 of the approximately 9,000 PFAS compounds that exist.

‘We’ve had difficulty just testing water to get a handle on the scale and scope of PFAS contamination,’ said Scott Laesar, water program director with the Clean Wisconsin advocacy group. ‘We are asking for some really basic information about what’s in people’s water, and if we can’t even get that, then we’re in a difficult spot.’

Wisconsin’s troubles aren’t unique. States around the US are contending with similar difficulties, as increased testing has revealed that drinking water supplies for more than 100 million people are contaminated with PFAS, and the Environmental Protection Agency recently revealed 120,000 sites across the country that may expose people to the chemicals.”…