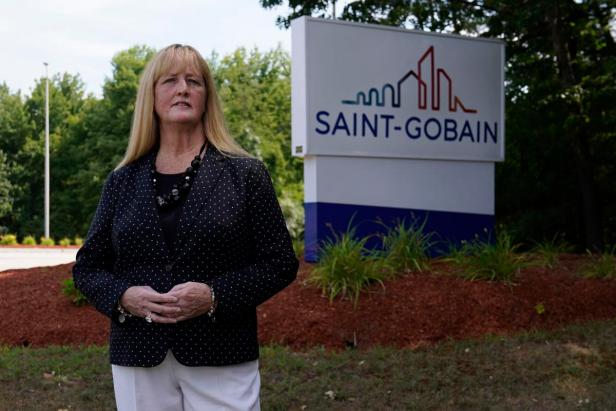 "Thousands of oil and gas operations, government facilities and other sites won permission to stop monitoring for hazardous emissions or otherwise bypass rules intended to protect health and the environment because of the coronavirus outbreak, The Associated Press has found.

The result: approval for less environmental monitoring at some Texas refineries and at an army depot dismantling warheads armed with nerve gas in Kentucky, manure piling up and the mass disposal of livestock carcasses at farms in Iowa and Minnesota, and other risks to communities as governments eased enforcement over smokestacks, medical waste shipments, sewage plants, oilfields and chemical plants.

The Trump administration paved the way for the reduced monitoring on March 26 after being pressured by the oil and gas industry, which said lockdowns and social distancing during the pandemic made it difficult to comply with anti-pollution rules. States are responsible for much of the oversight of federal environmental laws, and many followed with leniency policies of their own.

AP’s two-month review found that waivers were granted in more than 3,000 cases, representing the overwhelming majority of requests citing the outbreak. Hundreds of requests were approved for oil and gas companies. AP reached out to all 50 states citing open-records laws; all but one, New York, provided at least partial information, reporting the data in differing ways and with varying level of detail.

Almost all those requesting waivers told regulators they did so to minimize risks for workers and the public during a pandemic — although a handful reported they were trying to cut costs.

The Environmental Protection Agency says the waivers do not authorize recipients to exceed pollution limits. Regulators will continue pursuing those who ‘did not act responsibly under the circumstances,’ EPA spokesman James Hewitt said in an email.

But environmentalists and public health experts say it may be impossible to fully determine the impact of the country’s first extended, national environmental enforcement clemency because monitoring oversight was relaxed. ‘The harm from this policy is already done,’ said Cynthia Giles, EPA’s former assistant administrator under the Obama administration.

EPA has said it will end the COVID enforcement clemency this month.

Refinery giant Marathon Petroleum, already struggling financially before the pandemic, was one of the most aggressive in seeking to dial back its environmental monitoring. On the same day EPA announced its new policy, the Ohio-based company asked Indiana officials for relief from its leak detection, groundwater sampling, spill prevention, emissions testing and hazardous waste responsibilities at its facilities statewide.

‘We believe that by taking these measures, we can do our part to slow the spread of the COVID-19 virus,’ Tim Peterkoski, environmental auditing and processes manager for Marathon Petroleum, told the Indiana Department of Environmental Management.

Marathon also pushed for and was granted permission to skip environmental tests at many of its refineries and gas stations in California, Michigan, North Dakota and Texas.

Spokesman Jamal Kheiry said Marathon sought broad regulatory relief early in the pandemic, when it was uncertain how long lockdowns would last or how its operations would be affected. But the company continued emissions monitoring and other activities and usually met deadlines, he said.

Penny Aucoin, a resident of New Mexico’s oil-rich Permian Basin, said since the pandemic, she and her husband have spent days begging regulators to investigate surges of noxious gas or hisses that they feared could signal a dangerous leak from one of the many oil and gas companies operating near their mobile home.

Maddy Hayden, New Mexico’s environmental spokesperson, said her agency stopped in-person investigations of citizen air-quality complaints from March to May to protect staff and the public but stood ready to respond to emergencies.

Almost every state reported fielding requests from industries and local governments to cut back on compliance. Many were for activities like delaying in-person training or submitting records by email rather than paper. Others, however, were requests for temporary exemptions or extensions on monitoring and repairs to stop the flow of harmful soot, toxic compounds, disease-carrying contaminants or heavy metals, AP found.

Regulators, for example, waived in-person inspections at parts of a former nuclear test site in Nevada, switching to drive-by checks.

North Carolina allowed Chemours Co., which is cleaning up dangerous PFAS industrial compounds in drinking water, to pause sampling of residential wells because it would require entering elderly residents’ homes.

Saint-Gobain, whose New Hampshire plant has been linked by the state to water contaminated with PFAS chemicals, has requested delaying smokestack upgrades that would address the problem. The company says the delays are necessary partly due to problems the company’s suppliers and contractors have faced because of the coronavirus.

State Rep. Rosemarie Rung, a Democrat who uses bottled water due to the PFAS contamination, said the company was ‘just dragging their feet.’

The AP’s findings run counter to statements in late June by Susan Bodine, EPA’s assistant administrator for enforcement, who told lawmakers the pandemic was not causing ‘a significant impact on routine compliance, monitoring and reporting’ and that industry wasn’t widely seeking relief from monitoring…”