Thousands of Farms Warned About Toxic PFAS From Military Bases; No Fix In Sight 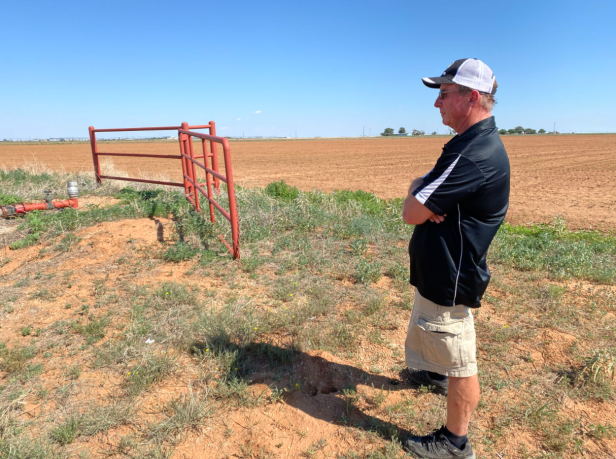 “A Spotlight on America investigation is providing new insight into the scope of per-and polyfluoroalkyl substances (PFAS) contamination that’s impacting farmland across the country.

Public information requests reveal contact information for more than 50,000 farmers was handed over to the Department of Defense so the military could make notifications about an invisible enemy that could threaten their livelihoods. And a recently released report to Congress shows thousands of agricultural operators have already been contacted by the DoD about the toxic, man-made chemicals that may have leaked beyond base fences.

When Art Schaap built a sprawling dairy farm in Clovis, New Mexico, back in 1992, he envisioned it would one day fund his retirement. But in 2018, he got shocking news that changed everything.

Schaap was notified that an invisible enemy had seeped into his groundwater, impacting his cows, tainting their milk and devastating his business.

The ‘poison’ Schaap is referring to is a toxic set of man-made chemicals known as PFAS. These so-called ‘forever chemicals’ that are tough to break down in the environment are known to have links to cancer, effects on the immune system and other health problems in humans.

In Schaap’s case, records show the chemicals seeped into the groundwater from his neighbor, Cannon Air Force Base. The installation is among the hundreds of military bases nationwide that have long used toxic firefighting foam containing PFAS chemicals. Over time, those chemicals leaked onto Schaap’s property, with an underground plume impacting his groundwater according to state records. And because of the contamination, he says has to dump about 12,000 gallons of milk a day. All of it, Schaap says, has been rendered useless because of PFAS contamination.

The Department of Defense has long been aware of the problems associated with PFAS. Since 2019, Spotlight on America has been reporting on its efforts to deal with the issue, with numerous environmental groups and federal lawmakers criticizing their inaction. The discussion has mostly centered around contamination on bases, with the initial focus on protecting the drinking water consumed by military families. But the larger clean-up beyond that is a massive undertaking that experts predict will cost taxpayers billions of dollars and take as long as 30 years.

That monumental undertaking is only related to the cleanup inside the fences of military installations across the United States. But what about farmers whose property has been invaded by that same invisible enemy who also have to deal with the impact?

That’s a question now being moved forward by Congress. As part of the 2021 National Defense Authorization Act, the DoD is required to take a new step, sending letters to farmers and agricultural operators within a one-mile down gradient of potentially tainted bases, letting them know about the threat of contamination. Spotlight on America first reported on that effort this summer, obtaining a template for the letters that were going out nationwide.”…