By Mylène Ratelle and Joshua Garcia-Barrios | The Conversation | June 13, 2021 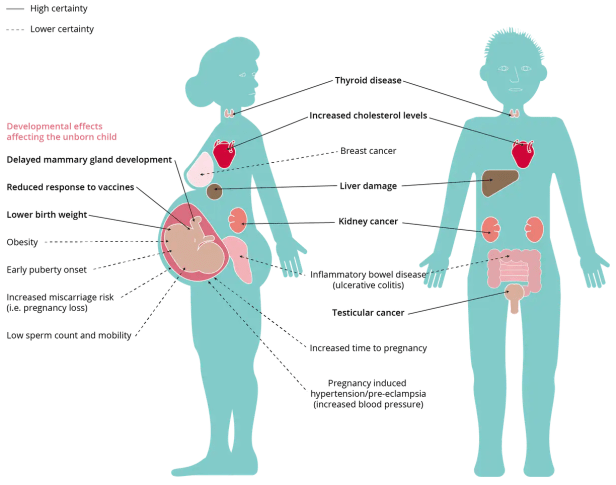 “Researchers have recently found that several long-lasting human-made contaminants have been building up in Arctic lakes, polar bears and ringed seals and other wildlife.

These contaminants belong to a family of chemicals called polyfluoroalkyl and perfluoroalkyl substances (PFAS), and are used in food packaging, waterproof clothing and firefighting foams. The true number of PFAS that exist is hard to pin down, but estimates suggest there are more than 4,700 types, as industry continues to make new ones.

Researchers have been concerned about this class of chemicals because they do not degrade in the environment and may carry health risks for wildlife and humans. Our research team has measured these chemicals in the blood of people living in northern communities.

Although PFAS levels appear to be decreasing in southern Canada, probably due to their decrease in consumer products in the past 20 years, they have been on the rise in some parts of the Arctic.

From 2016 to 2019, our research group, led by environmental toxicologist Brian Laird, invited people living in the Yukon and Northwest Territories to participate in a study to measure PFAS levels, so that we could understand how people living in remote Indigenous communities were being exposed to these chemicals.

The results show that, generally speaking, men had higher concentrations of PFAS compared to women, and PFAS concentrations tended to increase with age. PFAS levels within the northern population were similar or lower to those of the general Canadian population living below the 60th parallel and other First Nations populations in Canada.