Toxic PFAS found in livers of Atlantic seabirds, including those in NC 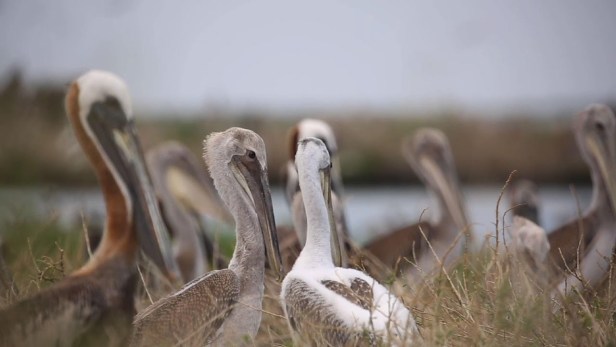 “Per- and polyfluoroalkyl substances, or PFAS, are accumulating in dead juvenile seabirds in three locations off the Atlantic Coast, including North Carolina, according to a study published this month in Environmental Science and Technology, raising questions about how the chemicals might be  affecting humans.

PFAS refers to a group of nearly 5,000 substances often called ‘forever chemicals’ because they take hundreds of years to break down. They are found in the blood of 99% of Americans, and are linked to reproductive, developmental and immune system impacts in lab animals, according to the EPA.

These locations were chosen because they have different exposure risks to PFAS, with the Cape Fear River Estuary being most at risk because it’s 90 miles downstream from the PFAS manufacturer Chemours.

Overall, seabirds from the Cape Fear River Estuary had significantly greater concentrations of PFAS than seabirds in the Massachusetts or Narrangansett Bay. The most abundant type of PFAS found was PFOS, a chemical used in stain repellants like Scotchgard until it was phased out of production in the early 2000s.

‘That was not a surprise,’ said Anna Robuck, the lead researcher of the study and a doctoral candidate at the University of Rhode Island Graduate School of Oceanography. ‘PFOS is the abundant compound found in most wildlife, even though we have stopped producing it.’

The study also showed that as levels of some PFAS, like PFOS, increased, the concentration of a type of fat in seabird livers decreased. Previous studies have found connections between PFAS and liver impairments, but this study is the first field-derived evidence of this specific relationship in seabirds.

In the Cape Fear River Estuary seabirds, three PFAS unique to the Chemours production facility were also found. These PFAS — Nafion byproduct-2, PFO4DA and PFO5DoDA — are known as novel PFAS, and are just a few of over 250 PFAS that have been detected in Chemours’s waste stream.

In some birds, the levels of novel PFAS exceeded the levels of PFOS. Novel PFAS were also found in the livers of seabirds with no known connection to the Chemours facility…”