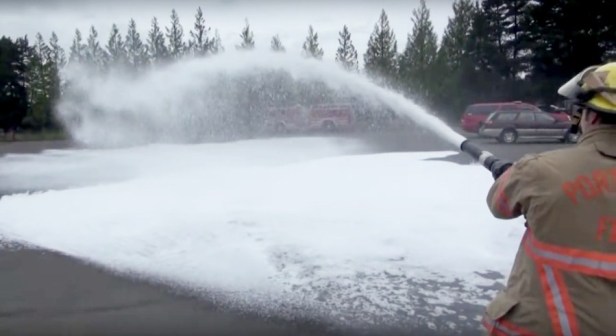 Read the full article by University of California – Berkeley (ScienceDaily)

Per- and polyfluoroalkyl substances (PFAS) are used in grease- and water-resistant coatings and can be found in fabrics, furniture and food packaging, but also notably in firefighting foam and turnout gear. These ‘forever chemicals,’ which don’t easily break down in the environment, have been linked to a variety of cancers and are known to interfere with immune function, endocrine function and breast development.

The study, which appears Wednesday, Feb. 26 in the journal Environmental Science and Technology, is one of the first published results from the Women Firefighter Biomonitoring Collaborative, a long-term investigation into the chemical exposures faced by women firefighters. Partners in the collaboration include the United Fire Service Women, the San Francisco Cancer Prevention Foundation, Commonweal and Breast Cancer Prevention Partners.

‘Women firefighters actually raised concern about what they have perceived as elevated rates of breast cancer among their cohort in San Francisco,’ said Jessica Trowbridge, a graduate student at UC Berkeley and lead author of the paper. ‘As a team, we decided to conduct an exposure study looking at chemicals that are potential breast carcinogens.’

While studies are beginning to document higher rates of cancer among firefighters and higher PFAS exposures, in particular, these studies have primarily focused on men. Documenting the risks faced specifically by women firefighters is critical to ensuring that they receive the protections they need, both for cancer prevention and for compensation if they get sick.

‘This is the first study, to our knowledge, that’s been done on women firefighters,” said Rachel Morello-Frosch, a professor of public health and of environmental science, policy and management at UC Berkeley and senior author of the paper. ‘The idea of characterizing women’s workplace exposures is something that few people are paying any attention to, and here, we are using the newest available technologies to start to do that.’

San Francisco is ideal location for this investigation because it has more women firefighters than any other urban fire department in the country. Women make up approximately 15% of the San Francisco fire force, compared to about 5% nationwide. This is due, in part, to 1980s litigation and a consent decree that encouraged the department to hire more women and people of color.

‘Women firefighters have benefitted from these well-paid, very honorable professions and now are facing similar concerns about the impacts on their health that studies have demonstrated in men,’ Morello-Frosch said.

‘Is our job causing cancer?’

‘We started asking questions, wondering what was up,’ said Buren, co-author of the paper. ‘Cancer wasn’t new to our profession, but for the first time, I was thinking about cancer as an occupational disease: Was fighting fire somehow a contributing factor in my friends getting sick? Were our repeated exposures to toxic burning chemicals on the fire ground a factor to the high breast cancer rates among SFFD women firefighters?’

Through a series of discussions and community meetings with Commonweal and Breast Cancer Prevention Partners, Buren was introduced to Morello-Frosch. Together, the two began the steps that would eventually launch the biomonitoring collaborative…”