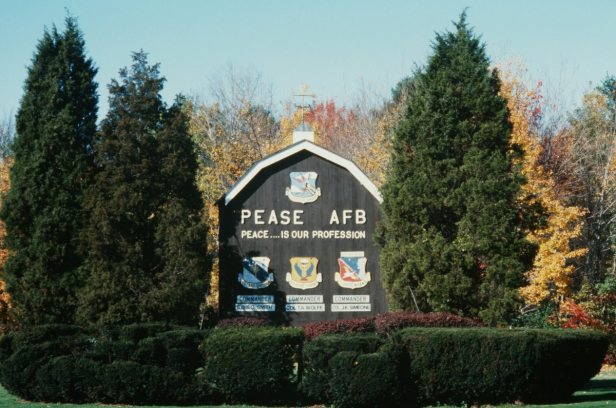 The Air Force has been at the center of water contamination at Pease International Tradeport, the former Pease Air Force Base.

Five homeowners in Newington have had PFAS levels in their wells test higher than the state’s new standards but lower than the EPA’s lifetime standards. Also, the city of Portsmouth had to shut down its Haven well at the tradeport in 2014 following detection of high levels of PFAS.

‘When a state properly promulgates a PFAS drinking water standard, the Air Force adheres to that standard in any location where we are the supplier of drinking water,’ Termaath said in a letter to Michael Wimsatt, director of the Waste Management Division for the New Hampshire Department of Environmental Services.

When the Air Force is not the supplier of the drinking water but is the source of the PFAS contamination, it will supply bottled water and pay for the cleanup, Termaath said. But only if PFAS levels are above the EPA’s health advisory level of 70 parts per trillion, he said in the letter.

The Air Force’s letter came in response to questions from NHDES and demands from members of the Pease Restoration Advisory Board calling on the Air Force to follow New Hampshire’s more protective standards.

Former state Rep. Mindi Messmer, a RAB member, found it ‘startling that the Air Force has decided they don’t need to comply with state statutes.’

‘It’s clear that they caused the contamination and people have been drinking water for decades that the state of N.H. now says is not safe,’ Messmer, a state Executive Council candidate, said Friday. ‘The Air Force polluted the water and now they’re refusing to make sure that people have access to clean, safe drinking water.’

The Air Force has installed a treatment system to remove PFAS contaminants from the Haven well. But, Messmer noted RAB members have been pushing the Air Force to comply with the standards and provide clean drinking water to Newington residents for more than a year.

‘It’s clear the Air Force will pick the standard to follow that they like the best,’ she said…”