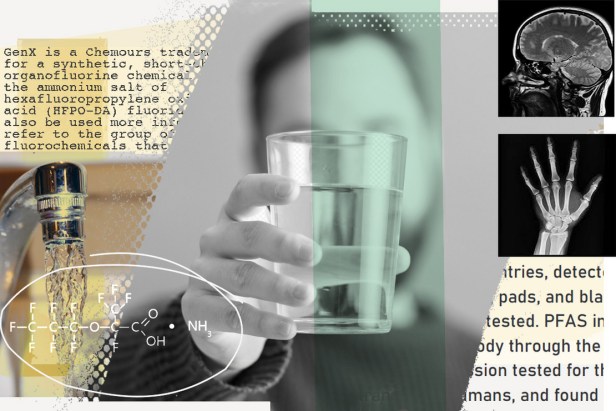 “Breast cancer doesn’t run in his family. But that didn’t prevent Tom Kennedy’s diagnosis with the disease five years ago, and it won’t stop the cancer, now in his brain and spine, from killing him.

Kennedy, 49, blames the tap water he drank for more than a decade before learning it was contaminated with the chemical compound GenX. Now terminally ill, the Verizon consultant from Wilmington, N.C., says he hopes something can be done to get GenX out of the water his wife and two daughters still use to bathe, before they fall sick too.

‘I think it should be regulated ASAP,’ he said. ‘But I’m not going to hold my breath.’

Part of a family of chemicals known as PFAS, GenX has been linked to liver and blood problems, as well as certain types of cancer. But EPA, tasked with regulating contaminants in drinking water, has no action planned to immediately crack down on the compound. Rather, the agency’s efforts to regulate per- and polyfluoroalkyl substances in drinking water are focused on just two chemicals: PFOA and PFOS.

Even though many toxicologists and health experts want EPA to regulate all PFAS together as a class, many Americans could be drinking contaminated water for years after EPA finalizes limits on PFOA and PFOS.

‘I don’t want to sound greedy, but I want my family to be OK after I die,’ he said. ‘We are all Americans; they are supposed to look out for all of us.'”…