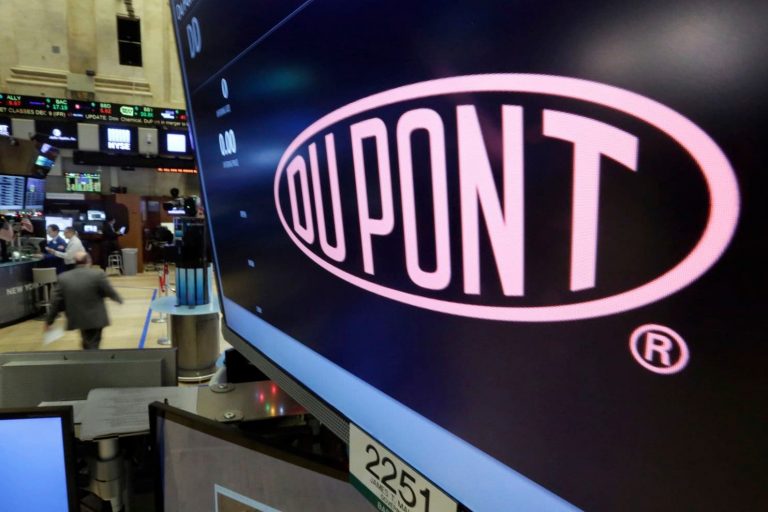 “DOVER, Del. — The DuPont Co. massively downplayed the cost of environmental liabilities with which Chemours would be saddled when DuPont spun off its former performance chemicals unit in 2015, according to a lawsuit unsealed Friday.

The maximum liability exposure figures that DuPont certified prior to the spinoff have proven to be ‘systematically and spectacularly wrong,’ Chemours alleges.

Chemours, for example, claims that it faces more than $200 million in costs to address environmental issues at a North Carolina manufacturing facility, 100 times DuPont’s estimated $2 million maximum liability. Potential environmental liabilities in New Jersey similarly far exceed the $337 million cited by DuPont at the time of the spinoff, Chemours contends.

DuPont has filed a motion to dismiss the lawsuit, saying any disputes arising from the separation of its former performance chemicals unit must be resolved through private arbitration.

‘Chemours’ claims center on its hyperbolic allegations that the separation agreement was a one-sided “cram down.” Far from it,’ DuPont attorneys wrote in court filing Friday. ‘The spinoff of DuPont’s Performance Chemicals business into Chemours complied with all applicable legal requirements and followed standard practices relating to such transactions.’

Chemours said the filing of the lawsuit was in the best interest of its stakeholders.

Chemours is asking a judge to declare that it is not responsible for liabilities exceeding the maximums certified by DuPont. It also wants to be able to get DuPont to cover any historical DuPont liabilities that exceed the caps. Alternatively, it is asking that the $3.9 billion divided it paid DuPont at the time of the spinoff be returned.

The lawsuit was filed under seal last month, but Chemours failed to file a redacted, public version as required within three days. A redacted version — virtually entirely blacked out — was docketed shortly after The Associated Press pointed out the expiration of the deadline and asked the court to unseal the complaint. A judge ruled that the continued secrecy violated court rules and ordered the complaint unsealed. Delaware’s Supreme Court on Wednesday rejected an appeal by DuPont.

Chemours claims that DuPont had ‘a keen incentive’ to downplay environmental liabilities while extracting a multibillion-dollar dividend from Chemours that would help fund a stock buyback to ward off activist investor Trian Fund Management.

At the time of the spinoff, DuPont was facing multidistrict litigation involving 3,500 personal injury claims related to PFOA, a chemical used in the production of Teflon, Chemours noted. DuPont pegged the maximum liability for those cases at $128 million. It settled 19 months later for $671 million, with DuPont agreeing to pay half the settlement amount, and up to $125 million more toward costs of other PFOA-related litigation.

DuPont similarly downplayed environmental liabilities at its Fayetteville Works plant in North Carolina, despite undertaking a study in 2010 to address chemical discharges into the Cape Fear River, which provides drinking water for tens of thousands of people, Chemours claims. DuPont’s options included investing $60 million to end the discharges, but the recommendation was to spend $20 million to reduce discharges by 70%. Instead, according to the lawsuit, DuPont spent $2.3 million on a system that eliminated only one waste stream.

‘Coincidentally, this decision came right around the time DuPont conceived and announced its plan to spin off Chemours,’ the lawsuit states. ‘… Why bother spending money to fix the problem, DuPont apparently reasoned, when it could be conveniently passed on to Chemours.’

In a consent order with the state of North Carolina, Chemours agreed last year to pay a $12 million penalty and $1 million for investigative costs, and to sharply reduce air emissions of compound known as GenX. The company says the total cost of the consent order will exceed $200 million.

New Jersey officials, meanwhile, filed several lawsuits against DuPont and Chemours earlier this year over DuPont’s legacy environmental liabilities. According to Chemours’ lawsuit, state officials warned that the cost of compensating the state could be ‘staggeringly expensive.’ “