‘Dark Waters’ just the tip of the iceberg 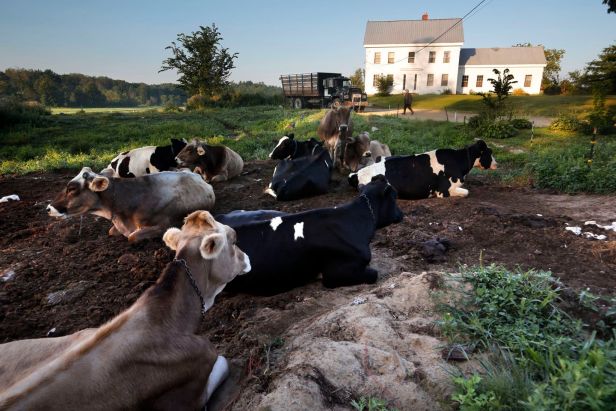 “On Nov. 22, the film ‘Dark Waters’ will be released in select theaters. The legal thriller recounts the true story of how a DuPont facility knowingly contaminated the drinking water supply of a community in Parkersburg, West Virginia. Set in the late 1990s, the film stars Mark Ruffalo as lawyer Rob Billot who took on the giant chemical company and exposed the truth.

What happened to Parkersburg is a tragedy — tens of thousands of people were poisoned by a cancer-causing chemical called PFOA. What’s more tragic is that Parkersburg is far from alone. More than 1,361 communities across the United States are dealing with this kind of contamination today; about 20 of them are in Massachusetts…

Meanwhile, manufacturers of PFAS continue to mislead the public with false information — using the same tactics the cigarette companies used when they tried to deny the harms of smoking. At a congressional hearing in September, a spokesperson from 3M (the original manufacturer of PFOA) said the company does not believe there is definitive evidence that PFOA causes harm. That’s despite the company’s own internal documents that show it has long-known about the chemicals’ toxic effects in humans, including DuPont plant workers.

Thankfully, the public isn’t buying it. Community groups across the country are rising up and demanding that their government hold industry accountable and create regulations to keep these chemicals out of products and drinking water. Last year Rob Billot, the same lawyer who sued DuPont on behalf of the people in West Virginia and Ohio, filed a class action lawsuit against 3M, DuPont, and other makers of PFAS on behalf of
everyone in the United States who has these chemicals in their blood.

Unmoved by these actions, the US Environmental Protection Agency continues to approve new PFAS chemicals without adequate safety testing. This past summer, when the agency took steps toward approving three new PFAS chemicals, my colleagues and I at Silent Spring Institute submitted public comments calling out the lack of safety data and recommending a moratorium on the approval of any new PFAS.

Although the EPA has not taken action to protect the public from these chemicals, change is still possible. Designating PFAS as hazardous waste would trigger cleanups. States can set limits on PFAS in drinking water and ban their use in products. Retailers can exclude them from products. Fire service can switch to PFAS-free firefighting foams. Together, we can reduce our exposures. But if we don’t act now, there will continue to be
more Parkersburgs well into the future.”