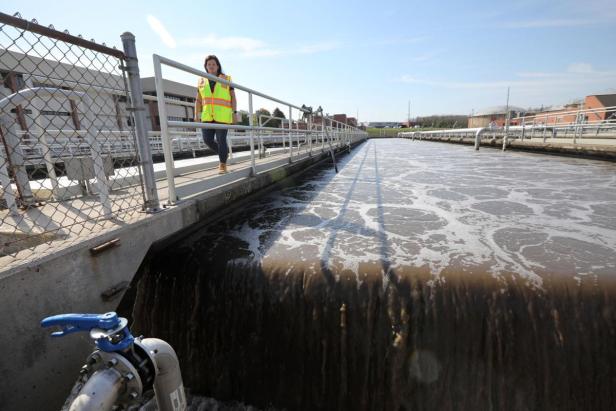 “After two years of work, the Wisconsin Department of Natural Resources is nearing completion of the first regulations designed to limit the amount of toxic ‘forever chemicals’ in drinking and surface water.

Under the direction of Gov. Tony Evers, the DNR is working to add some fluorinated compounds, collectively known as PFAS, to a list of regulated contaminants in drinking water, groundwater and surface water.

The DNR will hold a public hearing on Wednesday on the first of two proposed drinking water regulations, which target two of those chemicals, PFOA and PFOS. A second hearing is scheduled for Dec. 10 on surface water regulations.

The agency is separately working on rules to limit PFOA and PFOS in groundwater and another 12 fluorinated compounds in drinking water.

The synthetic chemicals, which do not break down naturally and build up in the human body, have been linked to health problems including low birth weight, cancer, and liver disease and have been shown to make vaccines less effective.

PFAS have been found in private wells and public drinking water systems across the state, including Marinette, La Crosse and Madison.

The Environmental Protection Agency has said it’s safe to drink water with PFOS and PFOA concentrations up to 70 parts per trillion (ppt), though recently released draft documents show negative health effects can occur at much lower levels. Some independent organizations, such as the Environmental Working Group, argue the limit should be just 1 ppt.

In line with recommendations from the Department of Health Services, the DNR’s draft rule establishes a combined limit of 20 ppt for the two compounds in drinking water. It would also require routine testing of municipal and some private water supplies, including mobile home parks and some workplaces.

Systems that exceed the limit would have to install filters or drill new wells.

The DNR estimates the total cost to businesses and local governments would be about $5.6 million in the first year and about $3.9 million per year going forward. Nine municipal water systems are expected to exceed the limits, requiring treatment systems that could cost about $3.7 million per year over two decades.

Tests have found some level of PFAS in all of Madison’s municipal wells, though none above the proposed limits. The city has taken one well offline as a precautionary measure while exploring treatment options.

While the cost of inaction is less certain, the DNR estimates Wisconsin residents could save hundreds of millions of dollars each year in avoided health care costs associated with low birth weight and high blood pressure attributed to PFAS.

The proposed drinking water standards are similar to those adopted by Illinois but less restrictive than those in Minnesota and Michigan.

‘It’s a great step in the right direction,’ said Laura Olah, executive director of the group Citizens for Safe Water Around Badger.'”…