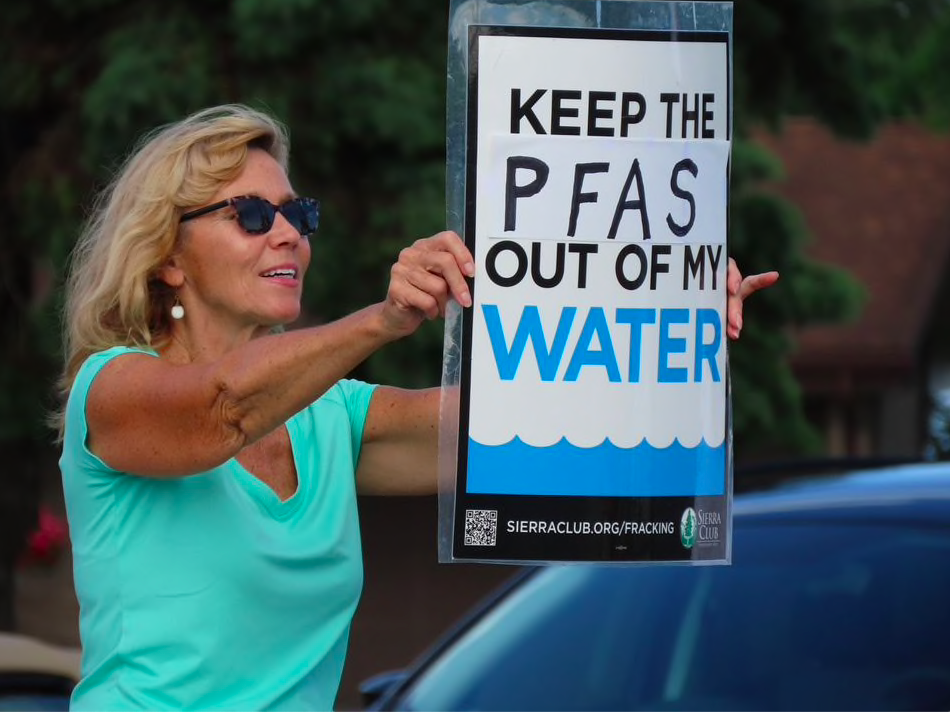 “On the eve of his last day as president, the U.S. Environmental Protection Agency under Donald Trump sent out a glowing news release highlighting its numerous efforts to protect people from toxic ‘forever chemicals.’

The news release was the last of many from the EPA that touted the agency’s successes in the waning months of Trump’s presidency.

In it, the EPA trumpeted the suite of actions that will ‘continue the significant progress’ it has made to combat per-and polyfluoroalkyl substances — or PFAS — found at elevated levels in drinking water in North Carolina and throughout the country.

In a study by the Environmental Working Group published last year, scientists said they ‘now believe PFAS is likely detectable in all major water supplies in the U.S., almost certainly in all that use surface water.’ The national nonprofit organization estimates that 200 million Americans may be drinking water containing the potential carcinogens.

In large enough concentrations, PFAS are associated with cancers of the thyroid, liver, testicles and kidneys. They are believed to suppress the immune system, raise cholesterol levels and cause low birth weight. Recent studies have found that PFAS may make people more vulnerable to the coronavirus and less responsive to COVID-19 vaccines.

The compounds are used to make everyday products slippery — everything from nonstick pans, food packaging, rain gear and stain-resistant carpets. They are called ‘forever chemicals’ because they don’t break down easily in the environment and accumulate in the human body.

Which brings us back to the EPA and its glowing news release.

In it, then-EPA Administrator Andrew Wheeler outlined the progress the agency made with its PFAS Action Plan, a 72-page document unveiled two years ago that promised to set maximum contaminant levels for two of the oldest and most persistent PFAS — perfluorooctane sulfonate (PFOS) and perfluorooctanoic acid (PFOA) — and to consider regulations on other types of the synthetic compounds.

‘I am proud of the work EPA has done over the past two years under the PFAS Action Plan, which has touched every office in the agency and every region,’ Wheeler said in the release. ‘Our commitment to our mission to protect public health and the environment from these emerging chemicals of concern has been unwavering and we have delivered results for every key commitment we made under the plan.’

According to the news release, the EPA plans to take the next step to regulate PFOA and PFOS and to ‘fast track evaluation of additional PFAS for future drinking water regulatory determinations if necessary information and data become available.’

The news release contains wording that makes it clear the EPA under Trump took a slow, methodical approach to curtail PFAS pollution.

Among many other statements, the release says the agency ‘is seeking comment about whether it should take any additional regulatory steps to address PFAS contamination in the environment.’ That includes whether to declare certain types of PFAS as hazardous substances under Superfund laws.

The Biden administration has already indicated that it will seek to classify PFAS as hazardous substances under the Comprehensive Environmental Response, Compensation, and Liability Act, or CERCLA, and to take additional actions under the federal Safe Drinking Water Act.

At a recent confirmation hearing, Regan vowed to make PFAS a priority.

“I can commit to you that on Day One that this is and will be a priority for this administration to set limits on how much of this chemical compound is entering into our air and our water,” Regan said.

Regan’s final confirmation has not yet come up for a vote.

Linda Birnbaum, former head of the National Institute of Environmental Health Sciences, thinks the EPA under Trump prolonged significant and substantial PFAS regulations because it cozied up to the chemical industry.

‘I think it’s because these are moneymakers for the chemical companies, and chemical companies are very generous in their donations for different congressional campaigns,’ said Birnbaum, who retired as head of the NIEHS and the National Toxicology Program in late 2019…”