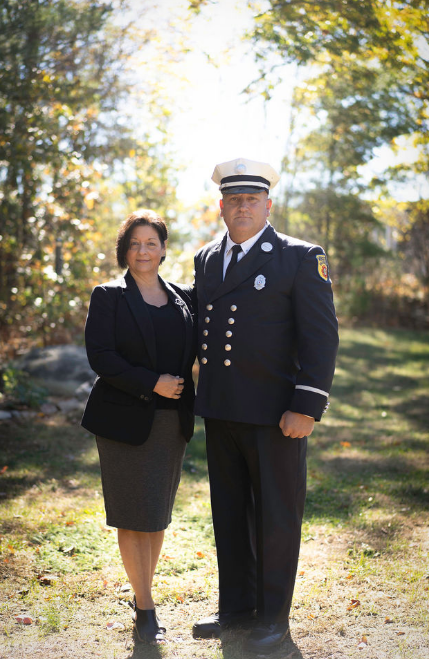 “Becoming an activist was the last thing on Diane Cotter’s mind in 2014 when her high school sweetheart and husband of 28 years, Paul, a firefighter with the Worcester, Massachusetts, fire department, developed prostate cancer.

Yet, she was left with no choice but to fight. Not simply for Paul’s own difficult recovery from a deadly malignancy. Diane’s mission was to save other firefighters by finding the truth of what caused Paul’s cancer.

That fight has turned into a national movement to protect the health of hundreds of thousands of firefighters the US and globally and to shine the light on the unholy and cozy alliance that the International Association of Fire Fighters (IAFF), the world’s largest union of firefighters, enjoyed with the very equipment manufacturers accused of causing cancer among their members.

In 2014, having retired from Verizon a few years earlier, Diane was looking forward to spending more time with Paul and their extended family of other firefighters at the lakes in New Hampshire and Maine.

On September 12, 2014, in a ceremony with nine other members of the department at Worcester’s City Hall, Paul received his promotion to his new rank.

A few days later, Paul went to get a physical for routine cataract surgery. The doctor measured the level of prostate-specific antigen (PSA) in his blood; an elevated concentration could indicate cancer.

The nurse practitioner called to say his PSA was up just by a hair from his last visit. She added that the doctor wanted to take a biopsy.

Diane was with Paul when they got the diagnosis. The doctor begun with their upcoming vacation plans. Diane relaxed, thinking everything was okay. Then he shattered their life…”