‘Forever chemicals’ contaminate sites across North Dakota, including in Fargo 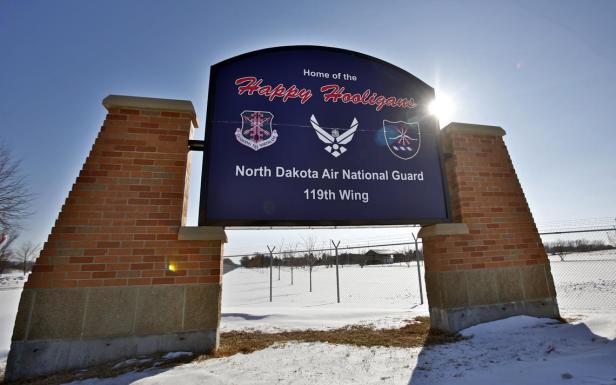 “FARGO — A group of human-made compounds sometimes referred to as ‘forever chemicals’ can be found in the environment in many places around the United States, including the soil and groundwater under several military sites in North Dakota.

The contamination includes soil and groundwater under the Air National Guard base near Fargo’s Hector International Airport as well as U.S. Air Force bases at Minot and Grand Forks, according to the North Dakota Department of Environmental Quality.

The agency said those military installations have ‘elevated’ levels of per- and polyfluoroalkyl substances, known collectively as PFAS, with the contamination primarily due to chemical firefighting foams used to combat aircraft fuel fires.

PFAS are a large family of chemicals used in a variety of products including firefighting foam, grease-resistant food wrapping, clothing, medicine, nonstick coatings and carpeting.

Called ‘forever’ chemicals because they don’t easily break down in the environment or in living tissue, PFAS are known to have adverse health effects in humans, including low birth weights and cancer, though at what levels they are dangerous remains under debate by scientists.

Besides the locations already mentioned, communities in the region known to have PFAS contamination include the city of Bemidji, Minn., and the Minnesota National Guard’s Camp Ripley near Little Falls, in central Minnesota.

In the case of Bemidji, the city closed down a number of drinking water wells located near the city’s municipal airport several years ago after they were found to be contaminated with PFAS.

Bemidji has since embarked on a multi-million dollar project to build a treatment plant that can remove forever chemicals from the city’s water supply.

Because of contamination at sites across Minnesota, officials in that state recently unveiled a blueprint for evaluating and addressing issues involving PFAS.

The Minnesota plan envisions stronger regulations that would define PFAS as hazardous substances under Minnesota’s Superfund law, which regulators have said would make it easier to hold companies responsible for cleaning up pollution involving PFAS compounds.

Under the plan, Minnesota is also looking to research how PFAS reach the environment, including the roles that landfills, compost sites and wastewater treatment plants play.

On a national level, the Environmental Protection Agency recently released a PFAS action plan some environmental watchdogs have criticized as inadequate, maintaining the EPA plan does not address ongoing sources of PFAS pollution, will not clean up legacy pollution and will not require reporting of PFAS releases…”