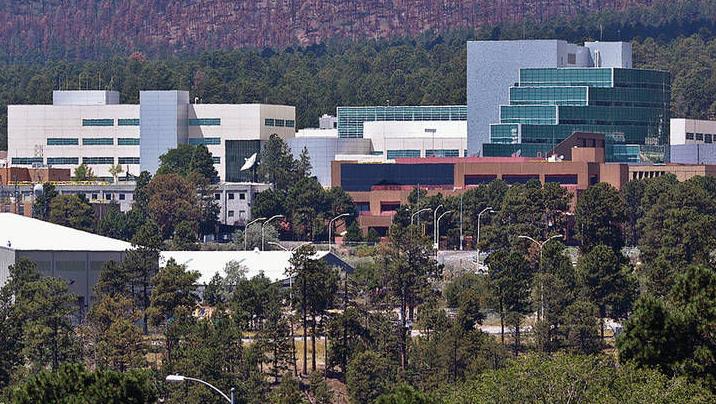 “For nearly eight decades, Los Alamos National Laboratory has contaminated waters and soils with myriad hazardous chemicals and radioactive waste. Now, testing by scientists around the mesa-top nuclear weapons lab reveals widespread—and in some instances, extremely high—levels of PFAS, or per- and polyfluoroalkyl substances.

The New Mexico Environment Department (NMED) is aware of the presence of PFAS in water samples. Officials don’t believe there is an immediate threat to human health but told NMPBS they do need more information.

Speaking via Zoom along with three of the agency’s scientists who work on PFAS issues, NMED Secretary James Kenney said they’ve been asking themselves, ‘What happens next?’

‘We have to make a decision based on the risk we see in the data: Do we pull resources from other parts of New Mexico and manage this? Or do we say that this risk is not as significant as risk in other places, so we’re going to continue to manage those other sites?’ he asked. ‘These are the decisions that the Environment Department is having to make, which we should never have to make for the citizens of New Mexico.’

The PFAS family of toxic, human-made chemicals are called ‘forever chemicals’ because they don’t break down under natural processes like exposure to sunlight or microbes. They also bioaccumulate, lodging themselves in one body after another as they move up the food chain.

The United States lacks a federal regulatory limit for PFAS. But the U.S. Environmental Protection Agency has set a lifetime health advisory for exposure to PFOS and PFOA—just two of the thousands of types of PFAS—at 70 parts per trillion.