‘Forever Chemicals’ From a Military Installation at Mitchell Airport Are a Risk to Nearby Drinking Wells, Lake Michigan, a Reports Says 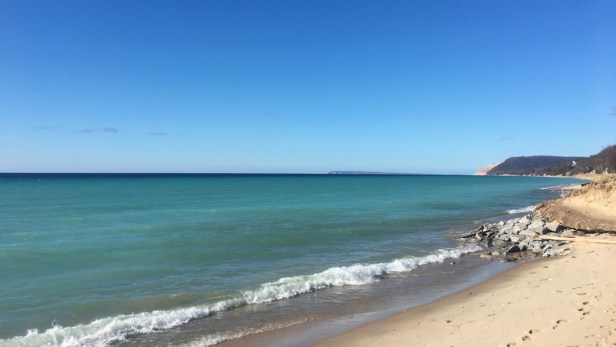 “Despite testing that found ‘forever chemicals’ at Milwaukee Mitchell International Airport two years ago, the Department of Defense has yet to move forward with a plan to address the contamination, putting nearby residents with private drinking wells at risk.

The Department of Defense was notified by the state Department of Natural Resources that it was the responsible party for contamination from PFAS — per- and polyfluoroalkyl substances — in ground and surface water near the airport in 2019, but no action has yet been taken, according to a new report by the Environmental Working Group.

The environmental advocacy group looked at publicly available data related to PFAS testing at DOD sites across the Great Lakes region and found that several sites, including Mitchell Airport, could be contaminating not only groundwater but the lakes that give the area its name.

Firefighting foam has been used at the airport by both the Air National Guard 128th Air Refueling Wing, which remains on site, and the 440th Airlift Wing of the Air Force Reserve, which left Milwaukee in 2007. The compound found during testing at the airport was PFHxS, a member of the PFAS family used in firefighting foam.

Some of the highest levels of the chemicals were found in private drinking wells along the borders of the Milwaukee airport, said Jared Hayes, a policy analyst with the Environmental Working Group. And because no aggressive action has been taken since the discovery of the compounds, some residents in the area may not even know they’re at risk.

‘People with private wells on the Great Lakes near these bases may not even know they’re being exposed to these chemicals,’ he said.

Contaminated water is also flowing into Lake Michigan from the airport, where it is likely to accumulate in the fish population.

Lake Michigan also serves as a drinking water source for both Milwaukee and Chicago, meaning millions of people rely on the lake. Three other DOD sites along Lake Michigan are suspected to have released PFAS as well: the Great Lakes Naval Service Training Command and Fort Sheridan in Illinois and the Gary Army Aviation Support Facility in Indiana.

The Duluth International Airport was cited as the only DOD site along Lake Superior to have a confirmed military PFAS discharge.

The chemicals are most likely from the use of firefighting foam used to put out high-temperature fires like those that would occur when jet fuel ignites.

‘They’ve been using this stuff for decades on various installations for gasoline fires or training exercises,’ Hayes said. ‘Then it gets sprayed off the tarmac, and it goes into streams and builds up and builds up.'”…