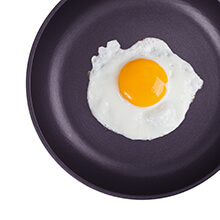 “A new study regarding the health effects of the much heralded PFAS named ‘GenX’ shows results that compare in some ways to PFOA studies. While testing of GenX toxicity on human health is still in its infancy, the study will nonetheless undoubtedly be used by proponents who want federal and state governments to regulate all PFAS (thousands of them) as a single chemical type.

GenX is the commonly used term for perfluoro-2-propoxypropanoic acid, a chemical compound produced to make Teflon, which is used to make nonstick coating surfaces for cookware. GenX is a trademarked name by the Chemours Company, and was introduced commercially in 2009 as a replacement for PFOA. Since the chemical has only been manufactured and used commercially for 11 years, the effects of GenX in humans remain widely unknown, though studies are currently being conducted by researchers. GenX was heralded as a safe substitute for PFOA, mainly due to it’s significantly lower biopersistence as compared to PFOA. In theory, the lower biopersistence means less time for the chemical to cause damage to the human body.

Currently, the only location where GenX is manufactured in the United States is in Fayetteville, North Carolina. The Chemours plant in Fayetteville is located near the Cape Fear River, so scientists have been ardently studying the potency of GenX for several years due to the river’s use as a drinking water source. Currently, there are no federal guidelines for GenX, although the North Carolina Department of Health and Human Services implemented a “health goal” of 140 parts per trillion for GenX.

In early 2020, several scientists published a study in which they examined the effects of GenX on pregnant mice and their offspring. The conclusion of the study is that GenX is capable of causing gestational weight gain and maternal liver damage in mice. The authors did, however, find that GenX significantly affected the maternal-embryo-placenta differently from PFOA.

The study was one of two GenX-related research papers the North Carolina science advisory board has been tasked with analyzing since finalizing its toxicological review in October 2018. The 16-member board assists North Carolina’s departments of Environmental Quality (DEQ) and Health and Human Services by evaluating and identifying contaminants of concern…”