PFAS solution IN (or OUT) of the NDAA? 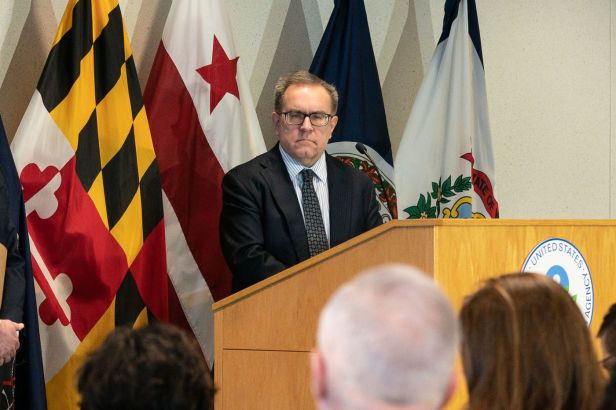 “As legislative days dwindle, Congress is in a full sprint to pass the National Defense Authorization Act (NDAA) (related blog post), among several other must-pass bills. Controversial issues, such as border wall funding, military actions related to Iran, PFAS, among others, have bedeviled congressional negotiators since the Senate (S. 1790) and House (H.R. 2500) passed their bills in early summer. As Greenberg Traurig reported in July, H.R. 2500 would designate all PFAS (over 5,000 chemicals) as hazardous substances under the Comprehensive Environmental Response, Compensation, and Liability Act (CERCLA), but S. 1790 does not include similar language.

Both bills contain a variety of provisions addressing PFAS pollution, and there is common ground on most of them between the House and Senate packages, and more generally, broad agreement among Republicans and Democrats that legislation is necessary to address PFAS. However, the CERCLA listing is where consensus breaks down.

This difference between the two bills has emerged as a key sticking point for lawmakers. The Pentagon – which has over 400 sites with PFAS contamination – strongly opposes the CERCLA provision in the House bill, as do many other stakeholders. Interestingly, in a September 10 House Oversight Committee hearing, DuPont announced support for listing two PFAS (PFOA and PFOS) as CERCLA hazardous substances, while other companies have consistently pushed for alternatives, such as EPA rulemaking to determine which (if any) PFAS should be listed as hazardous substances. And, on October 22, 67 House Democrats and 1 Republican  announced they would vote against any NDAA package that does not include the CERCLA provision.

Signaling pessimism about the prospects for compromise on remaining issues, Senate Armed Services Committee Chairman Jim Inhofe (R-OK) introduced S. 2731 on October 30, which he has described over the past few weeks as a ‘skinny’ NDAA bill, built around must-pass provisions, and omitting controversial items. Adam Smith (D-WA), Chair of the House Armed Services Committee, has expressed doubts about the viability of a stripped-down NDAA in the House. The new bill does not contain PFAS provisions…

The impact of making PFAs hazardous substances would be immediate and dramatic: a CERCLA listing would expose DOD and other public and private entities to Superfund cleanup liability, including private cost recovery litigation. Recent statements of Senator Inhofe and Rep. Smith suggest that PFAS provisions may not make the cut…

The PFAS language in NDAA bills – especially the Senate bill – came directly from still-pending PFAS-specific legislation. Attaching PFAS provisions to a different must-pass bill is, at best, a remote possibility for legislative success, because the controversy over CERCLA provisions will remain in any context. Complicating matters is that there are less than 30 days left with both chambers in session before the end of the year, and with an impeachment inquiry dominating much of the Congressional agenda, PFAS could be pushed further down the list of priorities. That said, bipartisan efforts will continue in 2020 if a solution is not reached by the end of this year…”