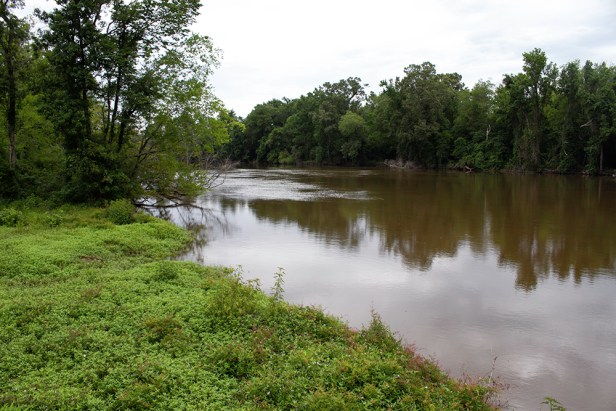 The team of scientists measured a total PFAS level of 425.5 parts per trillion (ppt) at the station, only two points higher than the nearby Bladen Bluffs station — which only serves the Smithfield Foods plant in Tar Heel — but nearly double the third-highest level found in Harnett County. (It is important to note that these numbers only included the study’s first round of testing; a second round is in progress, which identified a preliminary PFAS level of 804.9 at Pittsboro’s water source.)

According to the FDA, there are nearly 5,000 types of per- and poly-fluoroalkyl substances (PFAS), which are referred to as forever chemicals because of their inability to naturally break down once they are released into the environment. They are man-made chemicals that include PFOA, PFOS, and GenX and have been used for U.S. manufacturing since the 1940s.

Currently, only several PFAS chemicals have official ‘health advisory’ levels — and even these are guidelines, not enforceable regulations. Further, while researchers believe PFAS chemicals may impact the human body in similar ways, there’s limited research on what cumulative effects of multiple PFAS might be.

In other words, it’s not clear if drinking water with 10 ppt each of two separate chemicals is more toxic, less toxic, or the same as ingesting water with 20 ppt of a single chemical…”