Solvay workers found to have unregulated PFAS in their blood, documents show 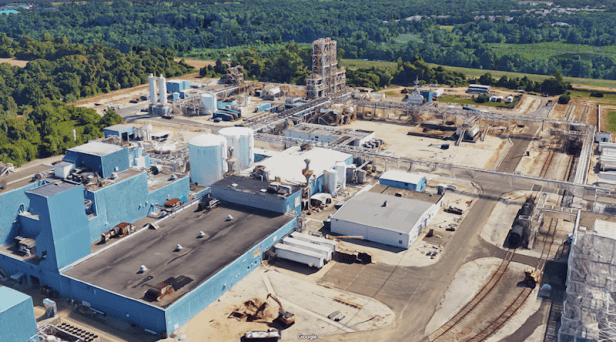 “Little-known chemicals used by the manufacturer Solvay Specialty Polymers as replacements for now-regulated PFAS chemicals have been detected in the blood of company workers, according to documents obtained by Consumer Reports. The documents, which include multiple internal company studies, also show that the company has known of potentially severe health risks, including liver damage, with the chemicals for at least 15 years.

The researchers tentatively identified the new compounds as a ‘substitute PFAS’ known as chloroperfluoropolyether carboxylates, or ClPFPECAs, and concluded that Solvay’s plant in West Deptford, N.J., was the likely source of contamination. (Solvay has denied responsibility.)

The findings inflamed concerns among consumer advocates and researchers about PFAS, a group of more than 5,000 chemicals that persist in the environment essentially forever and have been linked to learning delays in children, cancer, and other health problems.

In 2018, New Jersey set strict limits for one PFAS, called PFNA (perfluorononanoic acid), which had been used by Solvay until 2010. Solvay has since phased out PFNA, which preliminary research has linked to immune-system and liver problems.

The state sued Solvay earlier this month, alleging in part that in place of PFNA, the company has been using other related compounds at its manufacturing facility for more than two decades and polluting water supplies in the process. The state believes Solvay’s replacements may be even more toxic than well-studied PFAS compounds.

‘The testing results that EPA provided indicate that the new perfluoro ether compounds detected in the water and soil in New Jersey are a serious concern from a public health perspective,’ says David Andrews, senior scientist at the Environmental Working Group, an advocacy group, who reviewed the documents for CR.

In July, Consumer Reports filed a Freedom of Information Act request to the EPA for any toxicology reports filed by Solvay pertaining to ClPFPECAs. On Tuesday, the agency turned over nine studies covering two of those compounds, dating from early 1998 through late 2019.

Solvay provided the toxicological reports to the state last year, NJDEP records obtained by CR show. The studies provide the clearest evidence to date about the potential health risk associated with the ClPFPECA family of compounds, and shows for the first time what information regulators have about the chemicals Solvay has used…”