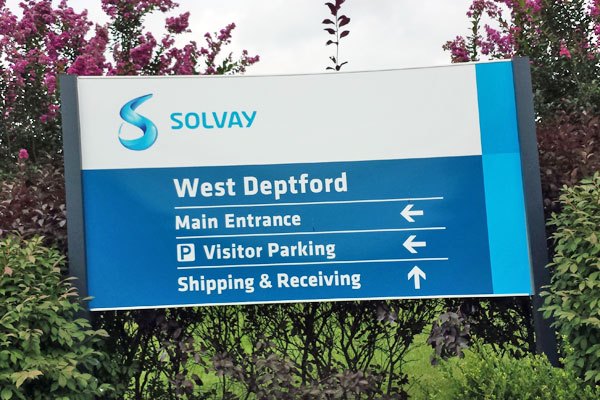 “A South Jersey company has been using an unregulated replacement for a toxic chemical at its Gloucester County plant but denied that it is responsible for polluting water, air and soil with a related chemical the company had been using.

Solvay Specialty Polymers said it is using unnamed ‘process aids’ at its West Deptford facility as a substitute for PFNA (perfluorononanoic acid), a type of PFAS chemical that has been linked to cancer and other serious illnesses, and was found at very high levels in a public water well at nearby Paulsboro in 2013.

‘Solvay uses these process aids as an alternative to a PFNA-containing material, which was phased out at West Deptford in 2010,’ it said in a statement late Friday.

PFNA, which has been used in a variety of consumer products including nonstick cookware, is one of thousands of so-called forever chemicals that don’t break down in the environment, and so persist for years after their manufacture or use has ended. In 2018, New Jersey finalized one of the nation’s strictest health limits on the chemical in drinking water.

Chemical companies are developing replacements for some PFAS chemicals — formally known as per- and polyfluoroalkyl substances — that are increasingly subjected to strict health limits in drinking water, as set by states including New Jersey. Some scientists and regulators fear the new chemicals may be just as toxic as those they replace, but little is known about them and they are not subject to regulation.

Some advocates for stricter limits on the chemicals compare regulating them one by one to playing ‘whack-a-mole’ because replacements are found as soon as health limits are set on so-called legacy chemicals. Some argue it would make more sense to set health limits for the entire class…”