Why are DuPont and Chemours still discharging the most notorious ‘forever chemical’? 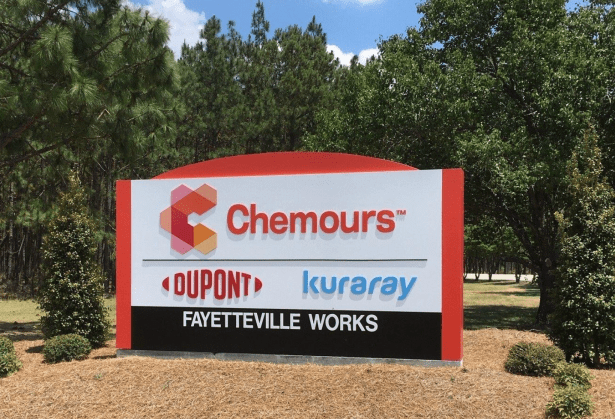 “The Big Bang of the nationwide ‘forever chemicals’ crisis was the revelation in 2001 that PFOA, a toxic compound used to make Teflon, had contaminated the drinking water for 70,000 people near a DuPont factory in West Virginia. Pressure from the Environmental Protection Agency forced DuPont and other companies to phase out PFOA, and they agreed not to use it after 2015.

So why are DuPont and its spinoff company Chemours still discharging PFOA from their facilities?

Last week, Rep. Harley Rouda (D-Calif.), who chairs the Environment Subcommittee of the House Committee on Oversight and Reform, sent a letter to DuPont and Chemours asking why they’re still discharging a highly toxic substance they claim not to have used in years.

PFOA is the most notorious of the thousands of fluorinated chemicals known as PFAS, which have contaminated drinking water for an estimated 200 million-plus Americans. Very small doses of PFOA and some other PFAS have been linked to kidney and testicular cancer, thyroid issues, high cholesterol, reproductive and developmental harms and reduced effectiveness of vaccines. The Centers for Disease Control and Prevention says these chemicals pollute the bodies of virtually all Americans, including newborn babies.

PFOA and other PFAS are called ‘forever chemicals‘ because they never break down in the environment. PFAS discharged over the past 50 years by companies like DuPont and 3M – which knew it was dangerous as early as the 1950s – will stay in the environment until it’s actively remediated.

Rouda’s letter asks DuPont about its ongoing PFOA discharges at its Circleville Works plant, in Ohio, and Chemours about its Washington Works facility, in Parkersburg, W.V., the most notorious PFAS contamination site in the world.

The Parkersburg facility was owned by DuPont until it spun off its chemical division into Chemours, in 2015. For decades, DuPont dumped PFAS into the Ohio River in West Virginia, killing farm animals and poisoning the water of surrounding communities. The contamination in Parkersburg and subsequent lawsuit were the subject of an acclaimed feature film released last year.

Rouda asked about the discharges because both companies have said publicly they no longer use PFOA. Chemours claims it has ‘never made or used PFOA.‘ Yet data from the EPA’s Enforcement and Compliance History Online database shows ongoing discharges from both the Circleville and Parkersburg facilities. For example, daily monitoring updates for the Parkersburg site reported 323.5 pounds of PFOA discharged in 2019.

The continued releases could be an indication that the two companies are still using PFOA, despite their assurances otherwise. If so, that would be a serious breach of public trust. But there are other possible explanations for these discharges. There could be PFOA in products or mixtures used at the facilities. Or ‘legacy’ PFOA remaining in water used at the facilities could be showing up – an alarming reminder of the chemical’s persistence in the environment…”