[Blog] How many of us are drinking toxic forever chemicals? 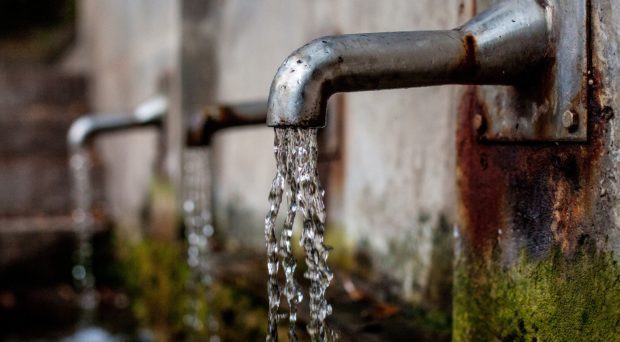 “Many millennia from now, when humans are long vanished from the Earth, intergalactic travelers visiting our planet may wonder about this world’s ancient inhabitants and their civilizations. One clue these visitors will be able to use in their investigations will be the presence of a class of manmade chemicals called per- and polyfluoroalkyl substances (PFASs). Dubbed ‘forever chemicals,’ PFASs will likely outlast humanity.

PFASs have a wide range of uses thanks to their unique physico-chemical properties. They can be found in stain resistant textiles, greaseproof food packaging, nonstick cookware, firefighting foam, personal care products, pharmaceuticals, pesticides, and in over 200 other applications. Because of their widespread use, coupled with their persistence and mobility, PFASs can now be found everywhere researchers look for them—in our food, in our drinking water, and in our bodies.

Contamination of drinking water with one PFAS, called PFOA or C8 (because it contains eight carbon atoms), was first revealed two decades ago in Parkersburg, West Virginia, during a lawsuit filed by a cattle farmer against the chemical manufacturer DuPont. As part of the settlement for this case, DuPont agreed to fund an independent group of epidemiologists, known as the C8 Science Panel, to study the impacts on the local population of drinking PFOA-contaminated water. Based on data from over 69,000 participants from the nearby communities, they found probable links between exposure to PFOA in drinking water and testicular cancer, kidney cancer, thyroid disease, high cholesterol, ulcerative colitis, and pregnancy-induced hypertension. The story of how attorney Rob Bilott discovered the PFOA contamination and negotiated the settlement has been dramatized in the movie Dark Waters.

So what has happened since the early 2000s? Has the problem been solved? It’s a mixed picture at best. PFOA and other so-called long-chain PFASs were phased out in the U.S. and Europe by the end of 2015, but production continues in other parts of the world, such as in China. The replacement chemicals developed by industry are also PFASs—including shorter-chain PFASs, fluorinated ethers, and other fluorinated alternatives. These alternative chemicals are also extremely persistent and mobile and are increasingly found in the environment. Compared with PFOA, these newer PFASs are potentially just as, or even more, toxic. In other words, the contamination of our drinking water continues.

As of July 2020, several PFASs, including PFOA and its cousin, PFOS, had been found in drinking water samples collected at 2,230 sites in 49 U.S. states. A recent study estimated that more than 200 million Americans, or over 60 percent of the population, could be exposed to PFOA and PFOS in their drinking water at levels exceeding 1 part per trillion (ppt), which has been recommended by some experts as a maximum safe level for exposure…”